The 10 best British cars in history 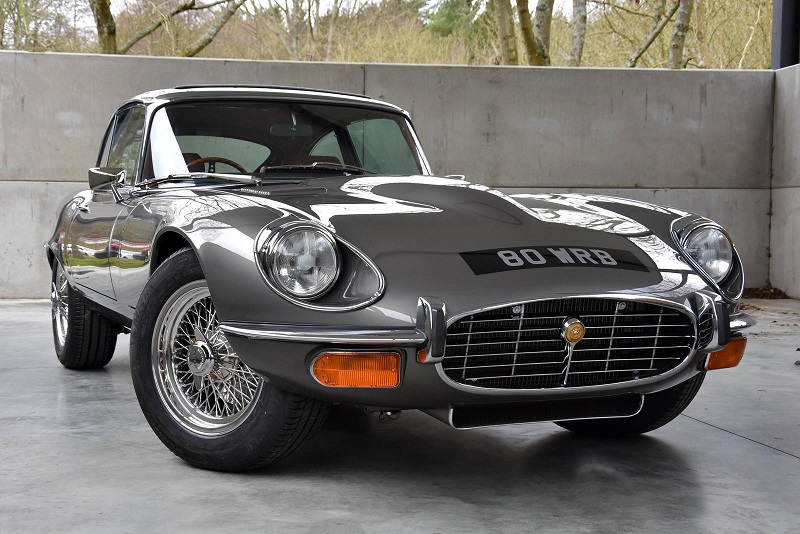 Yes, the UK motor industry has been very happy, even though it has also been through some very difficult times. And so we open the box of thunder (in a good way) with spectacular Jaguar, one of our favorite supercars of all time, which has the honor of topping our list of the 10 best British cars in history.

Given that as soon as you think about it, many more will come to mind, this time we have screened in many ways, and always, of course, this is a selection of the many that could be done.

What’s more, I already tell you that some of us adore British cars, but sometimes we have been lazy to have some of them in the garage because they are extinct brands ( MG, Rover …), because they are too expensive to restore ( Jaguar), because they were highly valued from the outset ( Triumph, Morgan, McLaren!) Or, simply, because units that had the steering wheel on the right were within reach (and they became less palatable to circulate in Spain).

On the other hand, here we have left out vehicles of clearly British manufacture but which were still brands from outside (even if their main market was Great Britain, on some occasions), but we do not care at all that they now belong to no other international groups. So, forget about the Ford Escort MKI, Sierra Cosworth, DeLorean DMC-12 (which was produced in Northern Ireland) …

However, we have left the most ‘geeky’ cars ( Morgan Threewheeler), which we find very funny …, but which would hardly fit in terms of “the best” of …

Anyway, at last, but not least’, as they would say in those parts … here are our  10 best British cars in history today. Perhaps we should start with the Jaguar E Type, being one of the first modern sports cars, but to take a little twist, we started better with the Jaguar XJ220, which was a show of design and technology power, capable of cajoling the ‘ British ‘connoisseurs of elegance – such as Elton John – or true racing enthusiasts.

Why? Because it immediately broke into history in 1992 for being the fastest production car in the world -347 km / h-, thanks to its powerful V6 engine, 3,498 ccs and 550 hp (originally, although later they would be increased).

And in addition, he would also win a year after in his category in the 24 Hours of Le Mans, before his ephemeral life ended in 1994. Designed by Gordon Murray in carbon fiber monocoque bodywork, the first ‘street’ scion (1994-1998) by the Woking crew would fulfill Bruce McLaren’s dream of having a fully homologated racing supercar (the founder in 1963 of the second The most successful team in the history of F1 made a prototype for use on public roads in 1969, but it was never produced in series).

It was also the natural successor to the previous British supercar, winning Le Mans in 1995. In any of its forms, we jump to one of them, but we do not separate as much as it seems from the first two, because the car with which everyone relates the aforementioned actor who plays ‘Mr. Bean’ was not a McLaren not a Rolls-Royce … but a green Mini with a black hood. And he would also surprise everyone with his racing skills since his victory in the 1966 Monte Carlo Rally!

The Mini was a revolution in its time and remains today an icon of design and versatility, as a brand ( Mini has been owned by BMW since 2000) throughout the planet.

Its origin, however, is British: it is due to the British Motor Co. (BMC) and the engineer of Greek origin, Alec Issigonis, who in 1959 revolutionized the automotive industry with a minimal car on the outside but with large interior space for four adults thanks to its transverse front-engine, with gearbox and traction also at the front and a series of solutions that marked a before and after. We never said that it was the most comfortable, nor the safest nor the most reliable … nor, much less, the one that offered the best quality/price ratio, especially in recent years. But no one can deny that, along with the Jeep Willys, the Defender has been a true 4×4 pioneer and a true icon in its 60 years of production.

It is especially fond of it all over the world, and even in Spain, it was manufactured at the Santana plant in Linares (Jaén), in its short, long, canvas-roofed, and light versions, as well as many other transformations that they keep seeing everywhere.

The success of the rest of the planet has also been indisputable. And that is why the British firm has just launched the new Land Rover Defender, which no longer resembles the first look at the original, but which tries to maintain all its DNA in accordance with the new times. It may be the last pure Rover, although it died many years before the mythical British firm MG-Rover went into final bankruptcy 15 long years ago … and ‘resurrected’ like Roewe and even MG from the hand of the new owners Chinese brand.

But the Rover SD1 was intended to embody the best of British Leyland in terms of performance in the first half of the 1980s, until 1986, with all the comfort and glamor for wealthy families who wanted to opt for a premium product, but who opted for a national product that, a priori, had nothing to envy the saloons signed by BMW, Audi or even Mercedes.

The top version came to mount an 8-cylinder mechanical V and 200 hp. Don’t be mad at me! I know that putting a Rover as good as it is before an Aston Martin can be considered sacrilege. And among the top Astons of the top, indeed, it seems that no one will throw sharp objects at us if we choose for our list of the 10 best British cars in history: the mythical and even more sought-after Aston Martin DB5.

In addition to its style, beauty, elegance and 1965 sports car qualities, to top it off it is the most characteristic car of the ‘James Bond’ saga, Agent 007.

But it is that the street version, without ‘tricks’, is already an icon of the twentieth century automotive, in a luxury sports brand like this one. In addition, it has had many famous characters behind its wheel, such as Paul McCartney, who used it at the time of ‘Beatlemania’ as a daily car … and even to carry DIY objects and tools for his friends!! There was also a ‘submarine’ in the 007 movies, it was the car with which Richard Geere walked Julia Roberts in ‘ Pretty Woman ‘ … and a symbol in the 80s of a brand with ups and downs that at that time He liked it and very much that it diverged from the typical philosophy that defined Lotus: “less weight, less engine”.

Here, in fact, we have chosen the Lotus Esprit Turbo, for example. And already put, the Esprit of the ‘alma mater’,  Colin Chapman, one of the historical engineers of Formula 1, winner of 7 World Cups. We actually stick with any of them, for ‘British-British’ and for putting them in the garage next to any of the Triumph bikes we’ve tested. For example? The Triumph GT6 that you see on these lines, perhaps, although we would not disgust the TR2, the TR3 … and of course, the Triumph Spitfire.

Interestingly, although production ceased 36 years ago, the acquisition of Mini had to do with the fact that in 1996 BMW also acquired this brand, although there are currently no plans to revive it. It wouldn’t be bad, right?

And although we love the Bentley Continental GT and try it from time to time around here, or we have told you in recent years part of the successes of the Spanish Andy Soucek in competition, we could select anyone, like the one in the video.

However, we are left with the  Bentley 4 ½ liter Le Mans Sports from 1928, classified as one of the most important Bentleys in the world, and Vanden Plas bodywork and one of the forgers of the legend of the mythical ‘Bentley Boys’. And from the cars that have marked an era … to the classic ones; From the end of the 19th century to the second decade of the 21st century: we close our  10 best British cars in History today with a Rolls-Royce.

Specifically, one of the last of the ‘spirit of ecstasy’ and “one of the most attractive ever built.” The Rolls-Royce Dawn is inspired by the classic ‘Silver Dawn’ convertible, produced between 1950 and 1954 and is a reinterpretation of what this seal of luxury, exclusivity, and glamor is capable of producing today: V12 engine, 563 hp, 780 Nm torque … and two tons of weight that accelerate from 0 to 100 km / h in just 4, 9 seconds to 250 km / h electronically limited top speed Oh, my God!