The 10 best Japanese cars in history 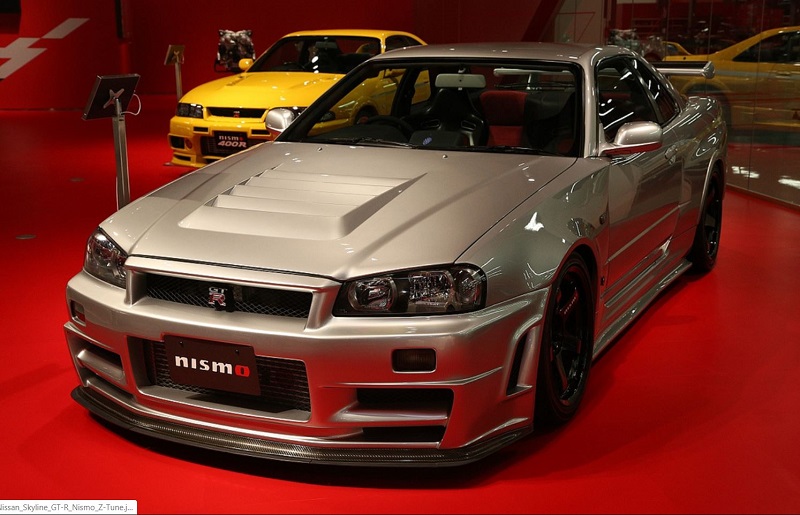 These are some of the 10 best Japanese cars in history, yes … although attention: in this list, we only follow one of the infinite possible criteria for such a selection and surely you can think of the same or many others that do not have anything to see.

In fact, it is not even easy to screen, because the Japanese have been making the most innovative vehicles for many years, so we could include here the smallest and cheapest cars, the most efficient, the fastest, the most reliable … And in all categories, all these manufacturers would have a lot to say.

We open the melon with the unmistakable rear of the original Honda NSX, a supercar developed 30 years ago by Ayrton Senna himself, which received some aesthetic touch-up over the years … but has just been revived according to the times ( and they run a lot in that highly competitive sector, as you can see in the video, co-starring another of the cars that could be on this list, signed by Lexus).

It was quite a declaration of intent at a time when the McLaren-Honda-Senna trio dominated F1 and the Japanese brand wanted to show the world what it was capable of against rivals like the Chevrolet Corvette in the US, for example. The first Honda NSX, from 1990, had a 274 hp V6 mid/rear engine.

Again, Honda wanted to show how much its popular Civic could do with its sixth generation.

For this, in the first Type R, the weight was reduced by removing elements related to soundproofing, the gearbox of the Honda Integra  (another example that for some could be on the list of the 10 best Japanese cars in History without no complex) and fitted with a limited-slip front differential and reinforced monocoque chassis.

You weren’t expecting this, did you? But why not? The Suzuki Jimny also made its first steps to give a huge boost to the S brand.

And although its last units before the new one suffered all kinds of criticism about its dynamic behavior and its qualities in terms of safety, the truth is that since its birth, this fun and manageable off-road -Suzuki’s first 4×4, there is nothing- It became a classic (which was manufactured in Spain by Santana, at the Linares -Jaen- plant).

The Mazda RX-7 was one of those sports cars that tried to bring the joy of living -and driving- to the day to day at the end of the 70s, with a way of understanding transport in a practical way but something more racing.

It was the time when, for example, Porsche dared with transaxles (front-engine, rear-wheel-drive) and a 2 + 2 cabin, so Mazda did not hesitate to make this proposal two years later, in 1978, to compete – He did so in the advertisements of the time – in Europe and, above all, the US, against the Porsche 924 and 944. Its most distinctive sign? Under the hood, with a  105 hp Wankel rotary engine.

But perhaps the Japanese firm from Hiroshima created its most iconic model a little later. And it neither had a rotary engine (one of its hallmarks) nor was it a supercar …

On the contrary, with unmistakable shapes and fun at a good price as its main reason for being, in 1989 it created the Mazda MX-5, the first generation of a whole series that would make it over the years the best-selling roadster in the world. History.

Today it is still a highly appreciated two-seater, both in its current version and in any of its predecessors.

Like the Datsun Fairlady 240 Z, Nissan reinterpreted this trend in the same year 76, when it inaugurated its ‘Z’ range.

With these cars, it will put coupes on the market halfway between European sports cars and American muscle cars until the 21st century. And as the years go by, they will become more radical and will have less “popular” prices – if they ever had them.

After the Datsun 280Z and the Nissan 300/350 / 370Z, little by little the high performance of the brand began to take shape in the Nismo (Nissan Motorsport) competition department and in the sportiest model in the catalog today, the Nissan GT-R.

Although in so many years of history, innovations, and sales records we could well stop at many other models, it is fair that at Toyota we begin by highlighting what would be the mirror of the Honda NSX: the Toyota Supra.

It was also a superclass when it was launched, but it was also successful in competition – overshadowed in Europe by the Toyota Celica during the late 1980s and early 1990s thanks to World Rally Championship (WRC) titles with duos like Carlos Sainz. and Luis Moya-.

And as if that were not enough, the Toyota Supra is now also going to live a second youth, as you can see in the photo …

We make a stop in the way of the ‘performances’ because we have to talk about one of the pioneers in terms of hybrid cars. And as the trends are, we must include him here.

Although in Spain it did not arrive until the next generation, the first Toyota Prius dates from 1997! and it laid the foundations of hybrid technology – a gasoline engine and an electric motor working in a coordinated way – in an innovative product, very well made, with contained consumption and great durability.

The Prius is not today the highlight of the Toyota range. But it marked the way forward and established the DNA of this manufacturer 20 years later …

Although the firm of the three diamonds has put that line of business aside a bit and has focused its engine division on less radical cars and SUVs, the truth is that there was a time when it was also known for authentic wolves in the skin of ‘lamb’? like the Mitsubishi Lancer EVO that were able to coexist with utilities like the Colt, with compact ‘stretched’ like the strange ‘Space Star’ or the real fireproof 4×4 Montero.

It was not about making a more or less performance coupe, but about reinterpreting the path of the legendary BMW M3 E30 and Mercedes 190 2.3.16 EVO, for example, and creating its own sports saloon.

The first generation is from 1992 and the last, from 2003. Its image in the competition scene was such (with its successes in the WRC) that fans almost took that of “EVO” as a second brand, with more entity in certain forums that “Mitsubishi” itself …

And we finish this ‘endless’ list of the 10? best Japanese cars in history with the Lancer alter ego, only in this case, the effect that occurred in markets such as Spain was totally different: the rallies were the ones that made a brand like Subaru known.

Of course, we are talking about the Subaru Impreza, which although it would decaffeinate over time and become a very attractive compact -but compact, after all-, lived its golden age in its WRC format.

If Mazda continued to stretch the possibilities of its rotary mechanics, the Subaru Impreza was born in 1992 showing off the opposite cylinder engine (boxer) -the true essence of this signature of the stars-, which little by little is vitaminized until it shines in the more racing scenarios.

The current generation inherits the maximum technology and flashes of a glorious trajectory. But the spirit of the best Imprezas has not been recovered. And it is as unknown to many as it is interesting to others … although much more ‘gentrified’ for all.