Pregnant at the wheel: what you should not do 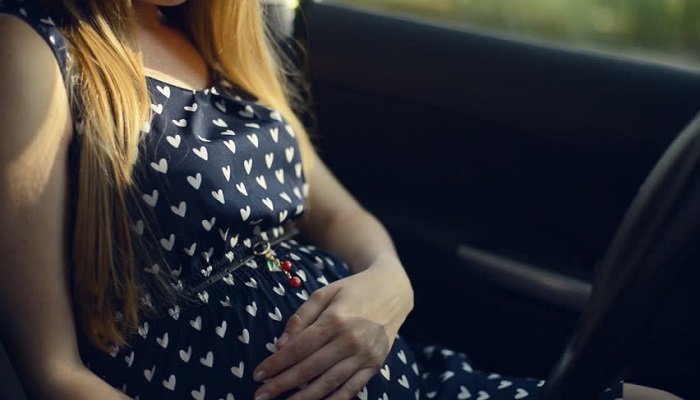 12 Oct Pregnant at the wheel: what you should not do

Many are the doubts that are posed to pregnant women when they travel by car, we tell you what are the most frequent mistakes that they make.

DO NOT WEAR A CAR SEAT BELT There are still many pregnant women who mistakenly believe that it is better not to wear a seatbelt. But it’s not like that. Without it, direct impact with the wheel could lead to serious risks, such as placental abruption or uterine rupture. Of course, you have to use the car’s seat belt properly

The half of the potential for serious fetal injuries in case of accidents can be averted properly position the belt. It is true that during the first months it is more complicated to keep the ventral band below the gut, so we can help a pelvic band that holds it. Using it during pregnancy is very comfortable.

But wearing a seat belt is mandatory and carries a penalty even though a little more than a decade appeared as an exemption if the doctor advised against it. Currently, the Circulation Regulation forces pregnant women to use it. Many pregnant women think that disconnecting the airbag is a good idea. But whether you drive or go as a passenger, you should not disconnect the airbag. Experts point out that leaving it on is much safer in case of impact.

Do not leave more space with the steering wheel It is a fact that as pregnancy progresses it is more complicated to find the correct posture behind the wheel. Driving in the first trimester is not the same as in the third. It is important, as recommended, to regulate the position of the seat as the month’s pass, to place the backrest as straight as possible.

You may like this- Buy classic car: 5 tips to not get ripped off

–10 bad habits that will ruin your car

As the pregnancy progresses, our way of driving is affected, especially in recent months the movements slow down and your agility is often diminished, so it is better to lead a relaxed driving. Increasing the safety distance to avoid sudden maneuvers and jolts is a good idea.

When to stop driving?

It’s the million dollar question. There is no explicit prohibition in the case of a normal pregnancy, although generally many pregnant women stop driving in the last month of pregnancy. It is “common sense” and stop driving when we do not feel comfortable.