Tips for driving in Ireland 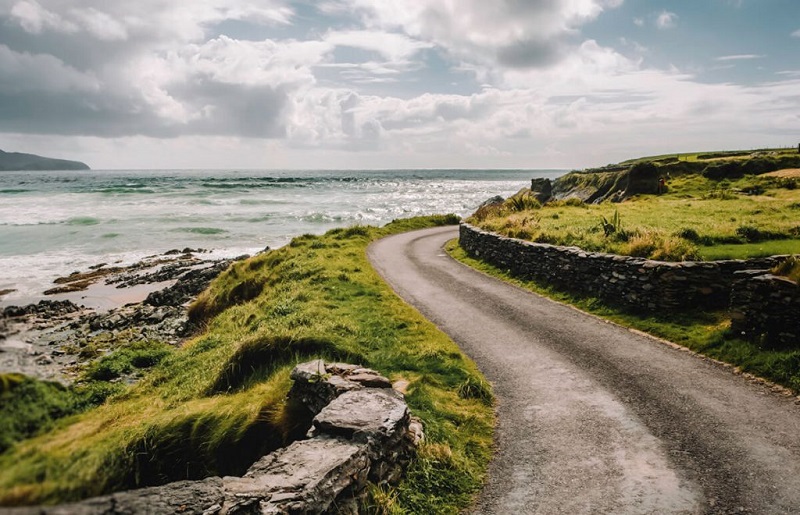 14 Apr Tips for driving in Ireland

Posted at 15:28h in TIPS AND TRICKS by Russell 0 Comments
0 Likes

A large part of the tourism that is done in Ireland is to spend a weekend in Dublin. Many times the main problem that people see is driving in Ireland. Some of the doubts or excuses that arise are: that if you drive on the other side, how do I enter the roundabouts. So that you can enjoy the whole country with the comfort that a car gives you, below we will give you a series of driving tips for Ireland.

TIPS FOR DRIVING IN IRELAND

We found it curious how during our route through Ireland by car, we were asked so much if it was very difficult to drive on the left. To encourage you to rent a car in this beautiful country, we answer the main questions that you sent us. First of all, tell you that taking a road trip through Ireland is one of the road trips that you cannot miss. The first question that arises when driving in Ireland is the type of road. Well, it must be said that, as in most places, there is a great variety of these. Throughout the island of Ireland you can find highways, these are high-quality roads. In them, you will find many service areas to rest or refuel. They are roads that have both directions separated from each other.

Although you will not always be able to use the so-called Motorway and in many cases, you will use the national or secondary roads. Both are in both directions, with the difference that the former have more hard shoulders than the latter. Here things start to get a bit complicated, you must always remember that in Ireland you drive on the left. The first hours will cost you a little, especially when joining from a junction. This is what happens when one is very used to something, which costs a little to change.

Finally, there are the rural roads that, unfortunately, are the ones you will have to use to see the most striking nature. Most of these roads are two-way and often do not fit two vehicles. That is why a system of road widths was invented that allows the possible car that arrives in the other direction to pass. Luckily, we do not find too much traffic on these roads, it seems to be the most common. On the motorways of Ireland, you can find pages. We speak of Ireland because in Northern Ireland there is none. The most common is that you can pay for the roads in cash or with a card. But there is one, in particular, the M50 that surrounds Dublin, which is not paid that way. A camera system records the passage of the car and charges it as if it were a Via-T. What you have to make sure of is that the rental company has that alternative. Do not get excited, the toll will be charged later to you, the only thing is that they do the procedure for you. Here you can read more about how much it costs to travel to Ireland.

KEYS TO DRIVING IN IRELAND ON THE LEFT

As you probably already know, in Ireland you will have to drive on the left. This means that you will have to pass on the right. To make a roundabout you have to face them in a clockwise direction. Our rental company gave us a yellow rubber wristband to always remind us of driving on the left in Ireland. Although it seems silly, it helped us a lot.

If we have to mention the most uncomfortable for us when it comes to driving in Ireland is the gear shift. Not being used to shifting with the left, it will be difficult for you and scratch you more than once. The million-dollar question is, will it be easier for lefties? surely not, since the custom is the same. Although the gearshift is on the left, it is important to know that the pedals are in the same arrangement. We are sure that after reading this a great weight has been lifted from your shoulders.