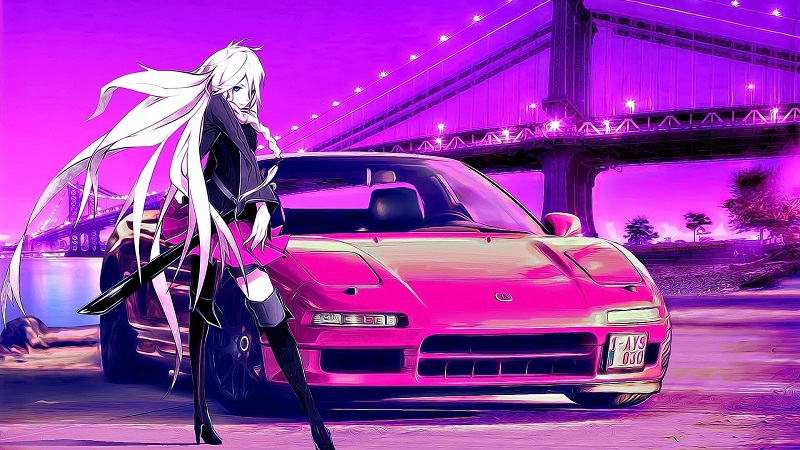 For many it is a denied world, for others, it is the very essence of childhood. Japanese animation series (or simply anime ) express in its many forms the idiosyncrasy and fanaticism not only of those who live in the Asian country but also of many people around the globe.

And of course, motor racing is one of those passions that span all continents, so it is expected that we have notorious animated series about it. For those over 40, their first anime was probably Meteor, but the youngest had our share of animation with series like Initial D, one of the most famous on this subject.

Because not everything is Dragon Ball or The Knights of the Zodiac, we present you a count with the best anime dedicated to the automotive world, with some obvious facts on the list but many surprises: 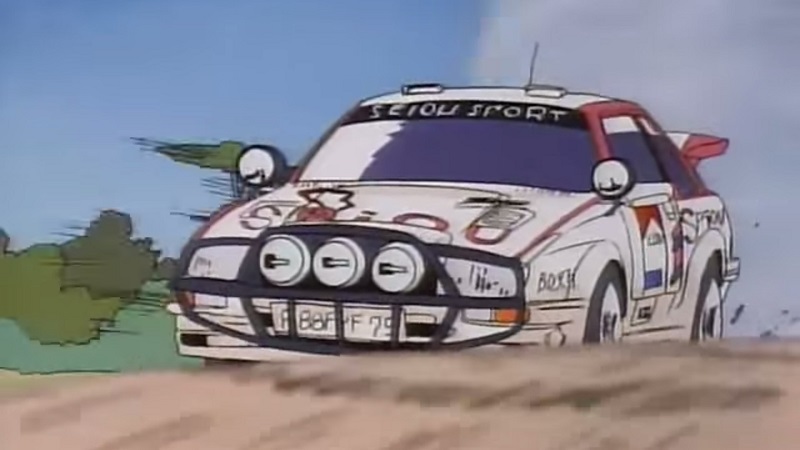 A series about the world of rally racing, where a talented young driver struggles to keep his car on the track. There are classics in the category with many Japanese brands but you can also see examples of Peugeot and Lancia. Jumps and lots of action. 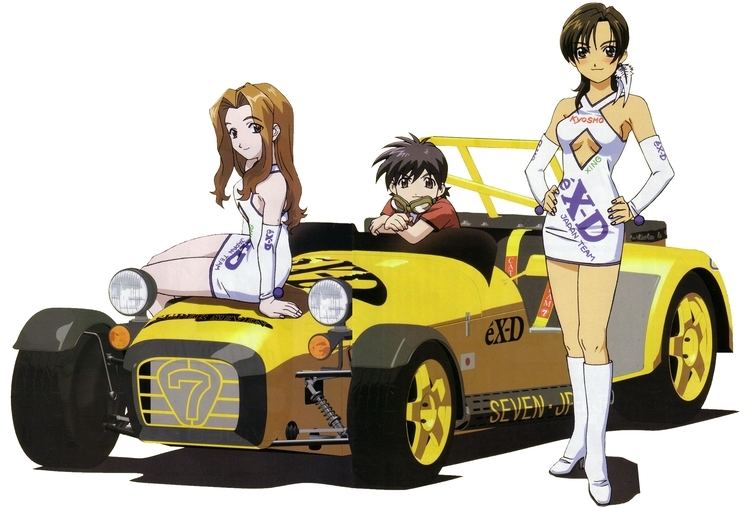 Set in a future where Artificial Intelligence is in charge of driving cars, a group of drivers is in charge of stopping autonomous vehicles that rebel using old-school classics. Get ready to see a from a Lotus 7, a Datsun, or an Impreza from the side on the streets of the future, a statement of principles against autonomous driving.

A young man who aspired to race in F1 retires from racing after suffering a severe accident until a world-famous driver convinces him to drive an impressive prototype. A time of glory with that characteristic Japanese touch.

A Japanese mechanical engineer with a passion for racing uses his technical knowledge to build winning vehicles. Get ready to see the best of classic Japanese motor racing with a fair share of aural realism, as the engine sounds heard in the series were recorded from the authentic vehicles on which it is based. 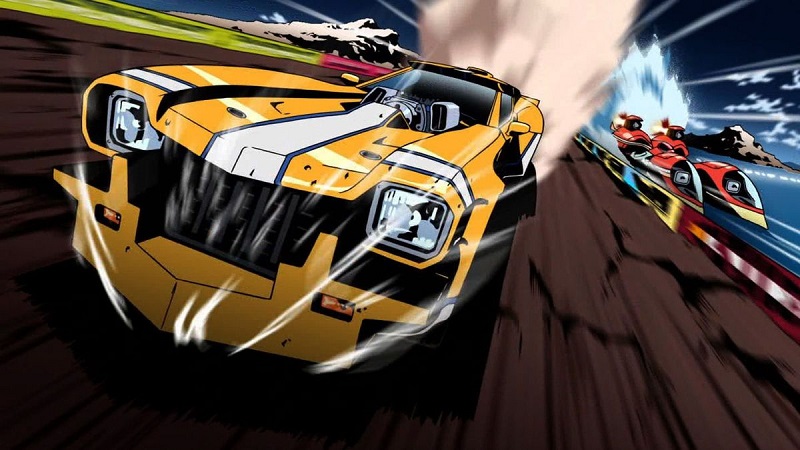 The rarest, most striking, but also very interesting. This sci-fi anime presents a world where race cars behave like terrestrial spaceships, with a protagonist who does everything possible to win. An incredible animation quality, action all the time, and great visual impact, as if you mix the Mad Max universe with Mario Kart.

The story revolves around a teenage driver and his career in the world of motorsport pursuing his dream of racing in Formula 1, with all the necessary spices of a good anime, mixing personal stories with racing action. F received the prestigious Shogakukan Manga Award in 1991, so he deserves a chance to pay attention to it.

The classic of classics. One of the first anime to reach the West en masse along with other representatives such as Astroboy, Mazinger Z, or Heidi. It was for many the first introduction to motorsports, with iconic characters and action-packed races, with that touch of fantasy needed to spark the imagination. If you are very young and never saw a chapter, you are missing part of the story.

The story has its roots in the illegal (real) races that take place in Tokyo, specifically on the Via Express Metropolitana, (Wangan) the longest asphalt straight on the island. He also won the Shogakukan Manga in 1999 and had adaptations to TV, film, and video games. Exponents of the JDM and the rest of the world going full speed between trucks (attention to Nissan classics like the GTR34 or the Datsun Z against an old Porsche 911). Good animations and faithful reproductions of the cars with 3D assistance. 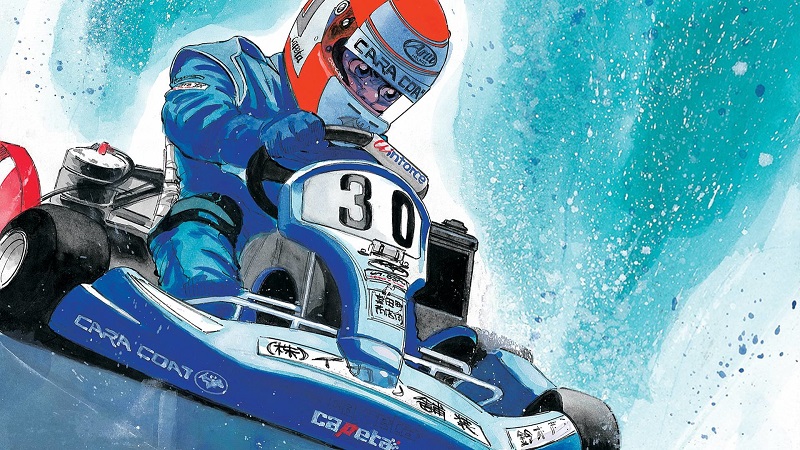 Come on, not everything is illegal racing and motorsport at the highest level. This great anime focuses on a 9-year-old prodigy in karting, from his most absolute beginnings until his adolescence, with an excellent command of action scenes in the race and in the transmission of emotions, effort, progress, and dedication. of the protagonist. Of those drawings that you want your children to see. 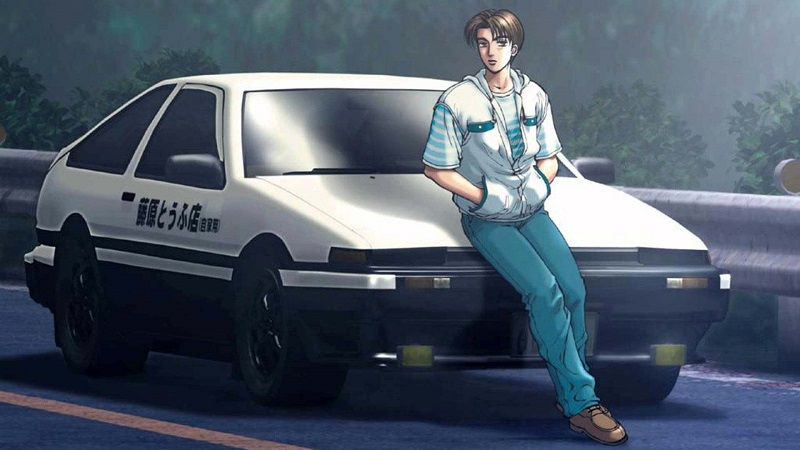 By far the most important. (The favorite anime of those who write when they were younger and with more hair). Initial D contains one of the best scripts and enjoys the greatest impact of those selected on this list, with the young Takumi Fujiwara as the protagonist in command of his Toyota Corolla AE86 from the eighties. So famous was this manga/anime/movie that the AE86 established itself as a drift legend, causing a huge demand for this classic and making Toyota decide to launch a modern version of it. Yes, a cartoon can change the industrial plans of a giant who thinks long-term.