The best 4 seater Ferraris in history 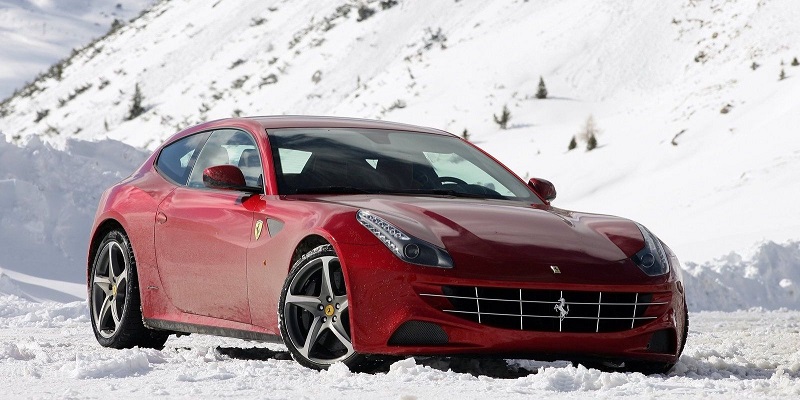 23 May The best 4 seater Ferraris in history

Ferrari has almost always had a 2 + 2 car in its catalog. We are talking about sports vehicles, with coupe bodywork enabled to carry four passengers inside. Most are characterized by presenting elegant lines in their exterior design and a great spaciousness in the cabin. In the following list, we show you the best Ferrari 2 + 2  that have existed throughout history. This coupé body model is among the best 2 + 2 of Ferrari. In the image, you can see the Ferrari Lusso from 2011, with a V12 engine and all-wheel drive. A vehicle that is characterized by being the evolution of the mythical Ferrar FF. In this case, we are talking about a gasoline sports car, with all-wheel drive and 660CV of power, which also has a seven-speed automatic gearbox and, without a doubt, a four-seater sports car that combines luxury with elegance in equal measure.

In its day, the Ferrari Scaglietti came on the market as one of the most avant-gardes. And innovative vehicles in terms of their design. It maintains the tradition of the Ferrari 2 + 2 with a sporty style and offers a perfect balance between comfort and beauty. The 612 Scaglietti is named after Sergio Scaglietti, in honor of his career as a stylist from Modena and bodybuilder for the legendary Ferraris of the 50s and 60s of the last century.

This vehicle is among the best 2 + 2 of the brand, for its style, its specifications, and its mechanics. It has a front engine, a spacious cabin in which four people can comfortably travel, two doors, and rear-wheel drive. Without a doubt, a jewel for lovers of the Italian brand. This vehicle stood out for its successful combination of the comfort of a saloon with the capabilities of a sports leader. We are talking about a four-seater coupe that recovers the layout of the front engine and rear-wheel drive of the 1992 Ferrari 456. It was a model designed with a view to the 21st century and was well received by consumers.

With the look of the GTA, it reinterprets the traditional 2 + 2 models and offers an excellent distribution of weights, thanks to the fact that the gearbox is linked to the rear differential. In this way, they managed to give it more space inside the cabin.

The 1992 Ferrari 456 GT created a new dimension for the 2 + 2 coupe in its segment. For the first time since 365 GTB4 (1968) the rear-wheel-drive system and the front engine were recovered. Precisely, a V12 mechanism at 65º, capable of providing great power and elasticity to the vehicle. In addition, it offered a luxurious body, characterized by its aerodynamics and by successfully combining the elegance and efficiency of sports cars. We are talking, therefore, of a car that set a trend and was decisive for later designs such as the 1996 Ferrari 456 GTA.

You may like- The 10 best British cars in history This Ferrari replaced the 400i, introducing substantial improvements in its design. For example, it offered a higher trunk or a deeper front to create more dynamism. The V12 engine had 4,942cc of displacement and offered much more power than its predecessors: up to 340 hp. In addition, it is a vehicle capable of reaching 100 km / h in 6.7 seconds, so it offered drivers equal parts luxury and speed. Also, it is important to note that it was the first car of this firm that featured Bosch ABS as standard.

The ’76 Ferrari 400 debuted for the first time at the Paris Motor Show that same year, as the successor to the 365 GT4 2 + 2. It was created with an automatic transmission and the numbering of its name honors the cubic centimeters of its cylinders. It is a vehicle that continues with the design of the four-seater sports Ferrari, characterized by its spaciousness and its combination of luxury and power. Pininfarina’s design is characterized by breaking with the traditional. It created more futuristic and elegant lines, which marked a notable difference compared to the 365 GT of 1967. Its presentation took place at the Paris Motor Show in 1972 and they managed to produce it for 4 years, until the arrival of the 400 series. they sold 521 units plus three prototypes.

This car was the successor to the 500 Superfast and continued in the wake of the traditional 250 GTE and 330 GT 2 + 2. Once again, it was very successful in the market, like everyone on this list. For its spectacular combination of elegance, power, speed, and comfort. However, the Ferrari 365 GT 2 + 2 made the difference with its predecessors by including for the first time air conditioning as standard (only in the North American market) and power steering systems. The Ferrari 330 GT 2 + 2 emerged as a replacement for the 330 America. It had a four-liter V12 engine and an aesthetic in which luxury took center stage. In this case, two series of this model were created, both differentiated from each other by the design of their front. In the first, manufactured between 1963 and 1965, four headlights were presented to illuminate the road on the journeys and, in the second, only two were included. The first appearance of this coupe took place at the Brussels Motor Show in 1964. And in subsequent years, up to 1,000 units were manufactured.

This coupe marked a before and after in the Ferrari 2 + 2 as it was the first to be produced on a large scale. They were fitted with a 3-liter V12 engine and featured a four-speed gearbox. As for the aesthetic characteristics, designed by Pininfarina, it incorporated the latest innovations and features of the moment. In this way, it became a futuristic and elegant design, where aerodynamics is the main characteristic of its design. In addition, thanks to the power of its mechanics, accessories such as air conditioning could be included. Thus, as a curious fact, it should be noted that they incorporated the 330 America engine in the last 50 units that were manufactured. With this model, the Italian brand sought to transmit more power on the road. Therefore, they decided to increase the displacement of their V12 engine, coupling larger pistons. It was one of the first Ferrari vehicles that included a cabin to hold four people and had only two doors. Instead, over the years, they were renewing their aesthetics to include a tubular chassis. Known as “Tuboscocca” that tried to increase the rigidity of the structure.

It is also important to note that bodybuilders such as Rocco Motto or Fontana, offered new designs inspired by this Ferrari 212 Inter. This model was one of the most successful collected outside the Italian borders. Therefore, it can be said that it is one of the cars that helped make Ferrari’s fame in the North American market. It was created as the road version of the 166 intended for competition. The reason why, in addition, all the numbers of their chassis were odd.

Furthermore, it was Ferrari’s first 12-cylinder, 2-liter displacement car. Due to its great acceptance, it was a vehicle that continued to be renewed. And even versions with uncovered or fully covered wheels were created.