8 Elements That The Car Of The Future Will Not Have 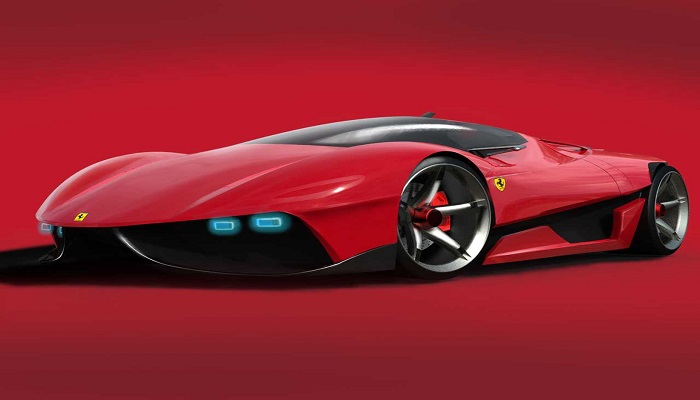 The automobile has evolved enormously throughout its history, any model from the beginning of the last century with a current one is incomparable, and the trend continues. In reality, it is going to be more, since the cars of our time will hardly resemble those that will come in the future.

New technologies, safety and the tendency to autonomous driving will change not only the vision of the cities of the future but also our cars. These are, therefore, 8 elements that the car of the future will not have.

8 elements that the car of the future will not have

1- Handbrake in the future car The parking brake has evolved over time, although it has always remained a characteristic feature of each market. The American, for example, prefers the standing, and still today there are models that offer it.

However, with electromechanical systems, these levers have been gradually replaced (also by hand), by simple buttons that execute the action automatically. They liberate space, are simpler and, except for a few occasions and types of clients, more effective.

2- Halogen lights in the future car A classic and, with all security, the most representative element of this list. Halogen lights are disappearing from the catalogs to the point where practically only the most basic versions and the most affordable cars are still mounted. The Xenon follows its path.

In its place stands the LED technology, more compact, efficient and efficient. It allows better designs, lower consumption (especially when we talk about electric vehicles) and better lighting. The LED array lights make absolute wonders. In fact, the crossing lights will probably disappear, because it is now possible to turn on the road light without dazzling the rest. The laser headlights are its evolution. The key will not disappear, but the format in which we know them today. We have already seen several models (like BMW ), which offer intelligent keys, with a constant connection to the car and screen. This is just a small advance.

Although the access and start without keys are extended, in the future our mobile phone will integrate this function. It will allow us to access our car or even give access to third parties remotely. It will allow us to interact with him from a distance, even perform different maneuvers from the outside.

It’s happening, it’s a global design trend and, let’s not kid ourselves, cost savings. The buttons are disappearing from our dashboards, creating the cleaner, minimalist and modern spaces. Also, his absence brings us head.

The screens are the solution, large tactile surfaces capable of agglutinate in a smaller space as many selectors as possible. For now, the air conditioning controls are succumbing, but in the future, there will be only 3 or 4 physical buttons in the cockpit. The scorecard, likewise, will be dispensable. The infotainment systems will replace them and each timeless information will be shown. The simpler electric motors and the proliferation of autonomous cars will eliminate this need.

For what? The automatic changes are ‘eating’ the market. They are more comfortable and effective, and also demand less space in the passenger compartment. In a future of electric cars, you will not need large levers in the center console, which will also disappear.

Simple buttons as selectors will take their place, further simplifying the task and, of course, freeing space and designers’ imagination. There are already cars, such as the Citroën C4 Cactus that employs a similar solution. It is not tangible, but it will happen. The use that will be given to the automobile will cease to be passionate and become completely rational. For this and for the new more compact electrical mechanisms, the bodies of three volumes, even two, will disappear.

The interior space will be maximized, and this entails uniform designs.The important thing is the maximum capacity of passengers and the comfort of them. The interiors will become living rooms. Although not an element of habitual use, except in certain areas of the world, the horn will be sacrificed. The explanation goes beyond a simple civilized behavior of autonomous machines.

In the future the cars will be interconnected, they will be able to share information and data in real time, such as speed and situation. It will eliminate traffic lights and crossings and will increase the flow of circulation. The horn will no longer be necessary for the machines.