One of the last remaining British motoring greats. 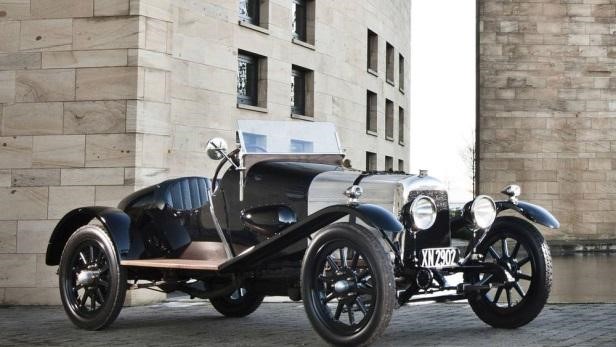 14 Mar One of the last remaining British motoring greats.

The meeting of Mr Lionel Martin and Mr Robert Bamford in 1913 is a landmark coming together for the British motoring industry. It was here that the bedrock to the luxury and sports car manufacturer Aston Martin was formed. We now know the marquee to be an aspirational car maker that has been made famous by the use of the Classic DB5 in the film Goldfinger. That version of the car had an ejector seat which wasn’t available on standard road models but would still have been subject to a Gloucester MOT service. At first the company just set about acting as a dealership for Singer cars and the servicing of other models. Mr Martin was a bit of speed freak and he enjoyed racing so much he convinced Mr Bamford that it might be an idea to start building their own cars for sale and to do it. The first Aston Martin proper was a bit basic. It was a 1908 Fraschini chassis with the charged up engine from a Coventry-Simplex stuck in it. Nevertheless, the partnership was on its way and with manufacturing facilities purchased in Kensington, London they were ready with production of the first road car set for March 1915. As with many things the Great War 14-18 put a spanner in the works with both men seeing active service. With the war over they were able to concentrate on creating a new car for market. Mr Bamford decided to take his leave of the partnership leaving Mr Martin with control and the company name. Mr Martin received a huge cash injection by the aristocratic racing Driver Count Louis Zborowski. The plan was that he would drive the brands output and this he duly did at the historic Brooklands, setting lap records and in the French Grand Prix of 1923. Competing in the Grand Prix was something of a marketing tool and it worked with over 50 cars being produced and sold, a large amount for the time.

Financial issues and a series of aristocratic and old money owners saw the end of Mr Martin’s involvement and the company struggled through the great depression years into the 1930’s. The racing element was gone and it now just made road cars and this also paused for a while as it switched to war production. It was the purchase of the company by David Brown Ltd that saw the brand on a firmer footing.  This was the start of the DB series and the bedrock of the company we know today.