Stabilizer Bar: What is it? How does it work? 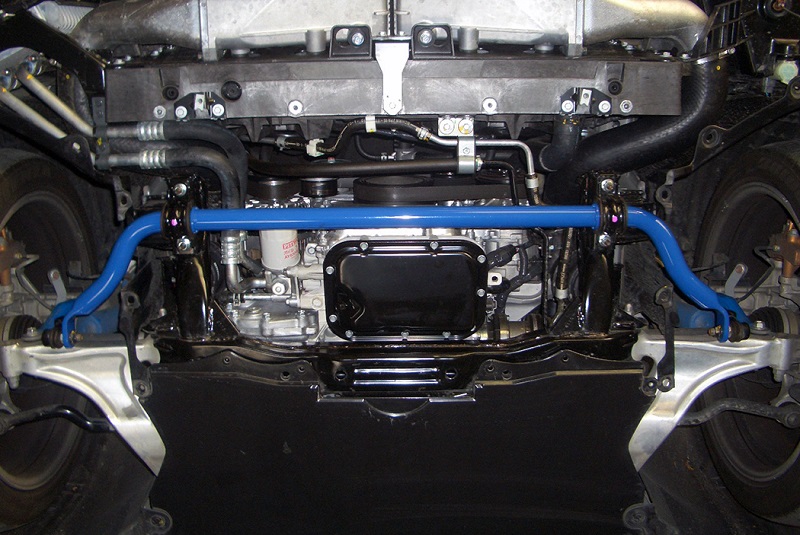 15 Feb Stabilizer Bar: What is it? How does it work?

Chances are, you’ve heard of car anti-roll bars or just stabilizers. And you probably know what they do too. After all, the clue is in the name. However, if you are here, it is because you have a basic idea – or maybe not – and you want to expand it. For starters, almost all vehicles are equipped with a stabilizer bar that keeps the tires connected to the road and prevents passengers from vomiting.

Like almost everything in life, there are anti-roll bars of many kinds and colors. As it depends on the design of the suspension used by the vehicle. However, there is something that they all have in common. And that is that they are always placed in the same position: perpendicular to the longitudinal axis of the car. By connecting the vertical movements of the left and right wheels. It works in conjunction with the car’s springs. And shock absorbers in search of a faithful compromise between dynamic driving and rides comfort.

What is a stabilizer bar? The stabilizer bar itself is a simple piece of automotive engineering metal. Essentially, it is a cylindrical piece of metal (usual steel) in the shape of a “U” that joins the left and right ends of the same axis through the control arms. Typically, it will be attached to the chassis in the middle of the two points with rubber bushings. And rods that have two ball joints that allow certain movements while keeping the bar locked in place.

By connecting both ends, the stabilizer bar forces the wheels to raise or lower to a similar height, mitigating sway. When you turn in a curve, the mass of the car moves towards the outside of the curve motivated by the centrifugal force, which causes the compendium to “unstable”. And if the history of the automotive industry has taught us anything. It is that it is useless to drive on the pavement if you do not have the necessary control to operate the machine. This is where a well-calibrated suspension can do wonders for driving.

Before entering the matter, it should be clarified that stabilizer bars should not be confused with torsion bars. The latter can refer to two components of the car: either the element that joins the wheels to the chassis to isolate it from the irregularities of the road surface or the bar that increases the rigidity of the chassis, the latter case only in sports cars (very visible by opening the trunk of a Nissan 350Z, for example). The idea of ​​equipping them is to prevent the chassis from “bending” when facing curves, a somewhat joyous ritual.

How exactly does a stabilizer bar work?

As just mentioned, during the process of cornering, the suspended mass of the body naturally shifts towards the outer side of the car, which is known as body roll. This is not something you want, because as the vehicle leans. The wheels follow the same steps, which reduces the contact area of ​​the tires. Excessive roll also results in a slower responsive car when making changes in direction.

The easiest way to adjust the chassis balance (the tendency to oversteer or understeer) is by using the stabilizer bar. Fitting a thicker one at the rear, whether on a power or traction car, will promote oversteer, while at the front it will bring out understeer. Why? Because when you turn, the bar “loads” on the outer wheel. The interior “lifts” off the ground when it is lighter. So an axle with a bar that is too thick will lose grip before one that has less stiffness when taking turns.

If you have a stabilizer bar, the energy from the most loaded side of the suspension will be transferred through the bar through a torque force, effectively “pulling” the wheel on the opposite side of the axle towards the body; it opposes the natural inclination caused by inertia. This does not eliminate roll completely, but it does reduce it significantly by equalizing forces through an axle. The bar resists this force thanks to its torsional rigidity. The stiffer the bar (within limits) the less the vehicle will lean.

This is why some stabilizer bars on the component market are made stiffer by using stronger materials or by increasing their diameter to increase handling and performance. An advantage of these parts is that they can make the vehicle lean less without increasing the stiffness of the suspension, which does not compromise ride quality. Some can even be adjusted through various points to the end links, or through a computer-controlled setup (adaptive suspension).

What are the disadvantages of stabilizer bars?

The drawbacks to a stiffer stabilizer bar are that the force of the hit on one wheel will transfer to the other, causing very jarring movements. On rough roads, this can exacerbate things by causing the car to roll and rattle to the detriment of the comfort of everyone on board. Otherwise, unless you have been involved in an accident. It is unlikely that the stabilizer bar will require attention during the life of the car; replace the connecting rods and bushings, at most.