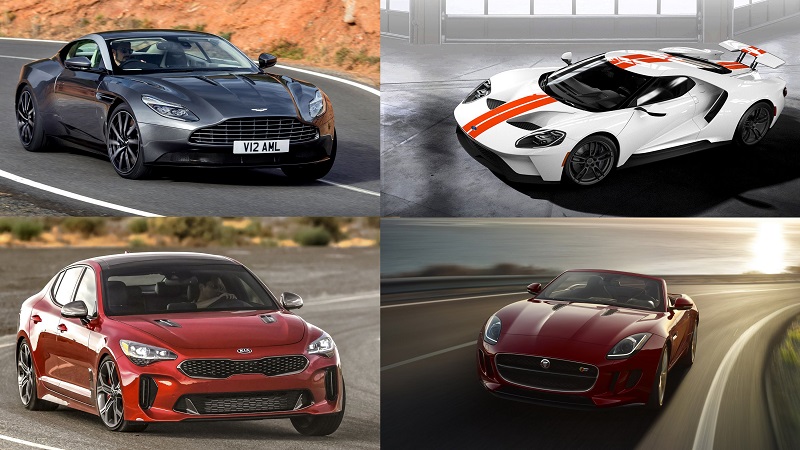 If you are a fan of beautiful cars, then our ranking of the most beautiful sports cars will please you! Discover our top 20!

Selecting the most beautiful sports cars is a task as thankless as difficult as there are particularly attractive models on the market. So let economic issues go by and let us dream …

The 20 most beautiful sports cars Vencer is not a well-known brand, but it was the Prince of Monaco who first unveiled the Sarthe veil at the Top Marques Monaco show in 2013! With an acceleration of 0 to 100 km / h in 3.6 seconds and a top speed of 338km / h, this newcomer has nothing to envy to the biggest! Expect around 270 000 € for this car! Lotus is a generally discreet brand that makes little mention of it, it should be noted that it has produced in its history more competition car than a car for the general public. This is the unique experience of the English brand. Its new Evora is powered by an original 436 hp Toyota V6 engine and cuts the 0 to 100 km / h in 3.7s! Its price: around 100 000 € Long shy, the English manufacturer returned to business with the F-Type. The R version is simply divine, especially by opting for the 4WD version that will catch you on the asphalt. You can then feel the V8 and its 550 horses propel you on the road. Count 107.000 € A longtime partner in Formula 1 at McLaren, Mercedes has developed sports cars worthy of the name thanks to its subsidiary AMG. Thus, the SLS AMG Black Series is a unique sports car with its butterfly opening doors that can go from 0 to 100 km / h in 3.6 seconds. Price of the car: 255 000 euros. The Tushek Renovation is a newcomer to the automotive world as it is the first supercar made in Slovenia! Expect to shiver aboard this racing car powered by a V8 Audi RS4 4.2 liter engine that develops a total of 456 hp pushing the machine to the maximum speed of 311 km / h. Manufactured for the moment to 30 copies in the world, count 300 000 € to offer it to you. The German manufacturer has designed a sports car efficient and environmentally friendly at a time. Indeed, the 918 Spyder is a hybrid car, produced only 918 copies and will propel you to 345 km / h. Being able to achieve the 0 to 100 km / h in 2.6 seconds will then cost you 775 000 euros What would this ranking of sports cars without including the British manufacturer McLaren? With a top speed of 333 km / h and acceleration from 0 to 100 km / h in just 2.9 seconds, the 650S Coupe is an exceptional car that will cost you 250,000 euros. Gumpert is not a well-known brand in France, only 2 copies of the Apollo were sold in 2010, so do not count on crossing every day! However, if that happens, you will probably remember its unique and ultra-aggressive looks like the Nissan R390! This car is powered by a 650 hp 90hp twin-turbo V8. It was 320 000 € when it was released in 2010, all without options! Since 2016, the Ford GT continues to run the ink and we quickly understand why when looks at its ultra-aerodynamic look! Ford does not hide that this little wonder was designed for speed, it exceeds the bar of 345km / h for a price of about 380,000 euros. It deserves its place in our ranking of the most beautiful sports cars. For those who want a sports car, luxurious and elegant at the same time, the Vanquish is definitely a safe bet. Take for James Bond, forget the V8 and welcome a V12 sound and outstanding performance. Its price: 250.000 Euros Unveiled for the first time in 2014 at the Geneva International Motor Show, she is the worthy successor of the famous Gallardo! His name “Huracán” means Hurricane, which was a famous fighting bull in Spanish, we understand why when we take the time to examine his V10 engine of 610 hp! This little gem will be yours for the sum of 219 000 €. The English manufacturer does not skimp on the means when it comes to performance! A 7-speed dual-clutch gearbox, an acceleration 0 to 100 km / h in 2.9 seconds, and 3 different driving modes (Track, Sport and Comfort) will make sure you do not get bored at the wheel of this work of art. art!

The Swedish manufacturer is putting a new blow on the automotive world by creating the most powerful bioethanol car with 1,018 horsepower. A very short body and a carbon fiber chassis can propel you at the crazy speed of 417 km / h! You will have to pay the sum of 2.5 million dollars to drive it daily! Sharp lines, supercharged performance, the Lamborghini Aventador is a supercar that can go from 0 to 100 km / h in just 2.6 seconds. Its maximum speed is estimated at around 385 km / h. Price of the car: 324 000 euros. Exceeded for a few years, the Bugatti Veyron will still cost you 2 million Euros! This exceptional sports car will take you from 0 to 100 km / h in just 2.5 seconds and will take you to the top speed is 417.6 km / h. And here is the model we chose in number 1 among the most beautiful sports cars! The big holder of the acceleration world record in 0-300km / h in just 13.63 seconds since 2013! This little marvel of technology is produced in only 13 copies in the world and you need about $ 1.4 million to be able to offer it.

Of course, our choices can be discussed because tastes cannot necessarily be the same for everyone. Maybe you would have included Zonda Pagani or Koenigsegg Regera? So share your ideas with us and show us your favorite cars!