7 best cars that are a bargain to enjoy a year 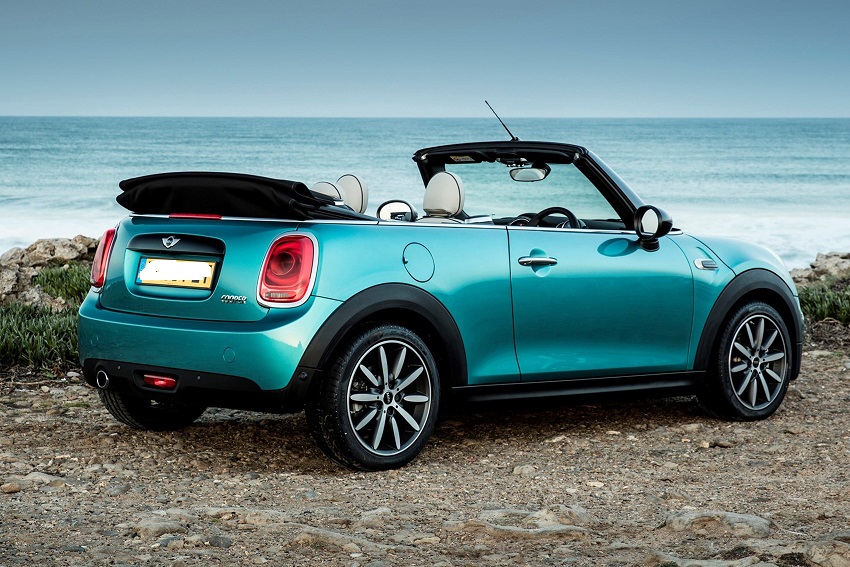 Posted at 15:54h in AUTO REVIEWS by James 0 Comments
0 Likes

If we look at it coldly, the depreciation of a car makes this the worst investment one can make. Even when we talk about Ferrari, whose prices in VO seem to never end up, prices can fall again (as happened in the past) and it would not be a wise investment. We share the best cars that are a bargain to enjoy a year.

Obviously, it’s a problem if you buy the new car. However, if you do not care about driving the latest model, you can get models that cost 10 or 20% of what they were worth today. They are real bargains, ideal to treat yourself and sell them after a year.

Many times, the bargains in the second-hand market of the car are seen as potential financial wells and cars that are only going to give problems. It does not have to be the case if you control the weak points and the maintenance of the car we look at before buying it.

We can also have a trusted mechanic look at it or, if it’s a professional, sell it to us with a guarantee. And while some of these bargains may be cars that we want and it is worth keeping a few years, some are to enjoy a summer, for example, and sell them after that time to not lose money in the operation.

The best cars that are a bargain to enjoy a year Yes, it is a delicate mechanic – like all Italian prestacionales -, but it does not have a complicated maintenance. Its dynamic behavior made it the best front-wheel drive of the moment. And although the front end was not rid of parasite effects due to torque, it is a delight if you like to drive. If you can, better opt for the 6-speed manual transmission instead of the Selespeed automatic. The BMW X5 is one of the premium SUV par excellence. When Porsche multiplied the high-performance versions of its Cayenne, BMW responded with a “sport” version of the X5 V8, the 4.8is. It equips a 4.8-liter atmospheric V8 of 360 hp associated with a 6-speed automatic transmission and integral traction. Abate the 0 to 100 km / h in 6.1 s.

The BMW X5 always had a good dynamic behavior (within the natural limits of the SUV). And while it is not the ideal car to go on the road, for long road trips and getting lost in the villages with the family enjoying the wheel, it is ideal. And the sound of the V8, although somewhat muffled, never disappoints. It is one of the best cars for bargain We love the Mazda MX-5 in all its generations, but getting one for less than 4000 dollars means getting a unit in a very bad condition. The other option is to get a Ford StreetKa. You do not remember? The majority of the public either, that’s why it has such a low price (new, it cost almost 2500 dollars.)

With its 4-cylinder, 95 hp 1.6i, it is not a lightning bolt in rfgacceleration, but once the top is down, it is a machine to distill sensations. It weighs only 1,067 kg, the front is very alive, has a lot of lateral grips and almost no swing.

Yes, as long as the road is in good condition. On deteriorated firm surface vibrations are appreciated inside. It is far from perfect and its chassis does not have the rigor of an MX-5, but it costs more or less the same as a scooter. Keep reading- 10 cheap Ferrari that you can buy The Ford SportKa is another misunderstood of the public. The chassis of the first generation Ka is a small work of art in terms of dynamism. The technique is simple (McPherson front with lower reinforcement and wheels threw with torsional axis), but the set-up is perfect.

Equip a modest 4-cylinder 1.6i of 95 HP so its 0 to 100 km / h in 9 seconds is no wonder. And maybe it is the reason why it has fallen into oblivion. However, it weighs less than 1,000 kg, it equips a manual change of short developments and a chassis with which you will have fun for the simple fact of drawing curves. It is one of the best cars for bargain The Maserati Quattroporte is worth it even if only for the sonority of the Maserati V8 (from Ferrari development and manufacturing). For that price, we can not choose one of the most recent equipped with the 4.7-liter V8 but by the 4.2-liter V8 of 405 hp (0 to 100 km / h in 5.6 s).

Contrary to what one imagines, the engine is very robust as is the ZF automatic transmission. The same can not be said of the DuoSelect robotic manual that eats the clutch with blatant joy, so watch out for the change that the model makes. Eye also with the shock absorbers of the Skyhook piloted suspension, they are expensive to replace. It is one of the best cars for bargain . The Mazda RX8 offers a design that has not aged anything, four seats and a luggage compartment of correct capacity, one of the best chassis of its generation and a rotary engine of 231 CV that rises to more than 10,000 rpm. And all that for the price of a basic Dacia Logan. What else do you want?

Ok, your fuel consumption is consistent (in my experience do not expect to ever lower 11 l / 100 km) and consume a little oil (nothing extraordinary, but you have to monitor it). Also, perhaps, you will have to discard a few units that suffer from the ‘Fast & Furious’ syndrome before finding a unit that you like (although there is nothing written about tastes, of course). And do not try to collapse the 191 hp version (mainly brought from Germany) as a 231 hp, which was never sold in Spain. If a BMW X5 equipped with a V8 petrol seems an aberration, what would you think of Volkswagen when they thought it would be a good idea to equip the Touareg with a V10 5.0-liter turbo diesel of 313 hp and 750 Nm at 2,000 rpm. Today may seem absurd, but the reality is that in his day (was on sale from 2003 to 2006) met the expectations of the sale of the brand.

Today, the Touareg V10 TDI, however, is a somewhat risky bet (much more than that of a Maserati Quattroporte or a BMW X5 4.8is), given its poor reputation in terms of quality (that electronics .. .), maintenance costs and simply correct dynamism. But if you come up with a good unit it can be a reasonable option. And yes, there are, but you have to search. It is best cars in low budget.