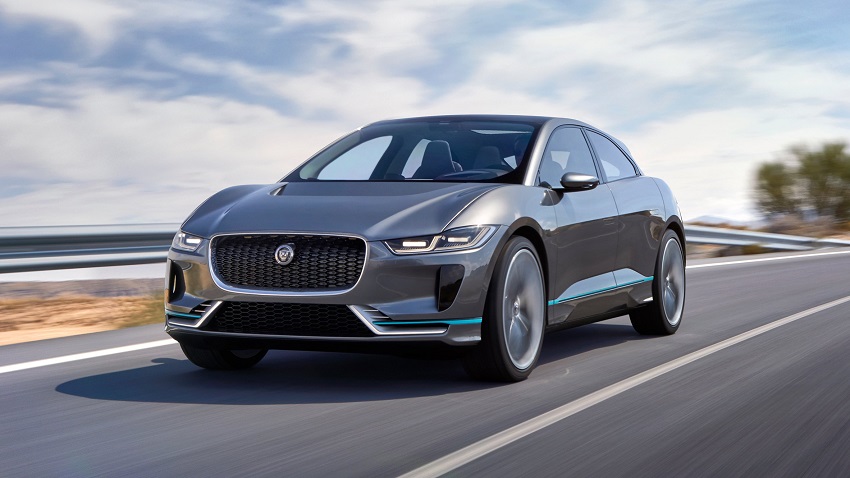 Posted at 08:17h in AUTOMOBILE by James 0 Comments
0 Likes

Someday all the cars will be like the Jaguar i-Pace, the first electric of the brand. But for now, there is no one to match the electric SUV of the  British manufacturer. It is a border car that explores unexplored territories to position itself as the first electric 3.0.  And, above all, as the most complete. And it is that the official presentation, held in the Portuguese Algarve with urban routes. Dual-way roads, motorway and also off-road sections on forest tracks with river outflows. And even a test at the Portimao circuit-, have confirmed a polyvalence of use that at the moment. It does not offer any electric model of the market, including Tesla.

The Jaguar i-Pace weighs less and is agiler than its American rivals, and above all, it surpasses them in versatility. It adapts the same to the city, the trips, the excursions in the countryside and even the circuit! In addition. It is not so expensive, from 78,100 euros,  and offers the quality of assembly and finishing of European premium brands. But it also keeps a pending issue: its new systems and information screens, and above all its usability. The best among conventional brand is still not as fast. Easy and intuitive as those offered by the console in the form of a supertable of 17 inches that premiered. No less than six years ago, the models of the Elon Musk brand.  Beyond that, these are the main arguments of the Jaguar i-Pace.

1. 480 kilometers of autonomy, more than the equivalent Tesla Almost the record of autonomy of the market, 480 kilometers, but with the new cycle WLTP. Which is already done in real driving and is much more demanding than the previous NEDC. Reduces the figures of this by almost 25%. And it places the Jaguar i-Pace at the head of the market. With its 90kWh capacity battery (equivalent to the gas tank of a conventional car) beats the Model X 75D (75kWh). The Tesla SUV, which remains 330 kilometers, and even the Model X 100D (100kWh), the superior version. Which reaches 433 kilometers. And in front of the Model S, Tesla’s big saloon, It also exceeds the 75D version (75 kWh). Which has 390 kilometers of range and approaches the S100, which is between 475 and 505 kilometers. 3. Lighter and with aluminum body The Jaguar SUV unveils an unprecedented aluminum body that, together with its smaller size and the use of other lightweight materials, allows it to balance part of the overweight that its large batteries cause in electric vehicles. Thus, it manages to stay at 2,210 kilos, the lightest version, compared to the 2,460 of the Model X 75D and the 2,510 of the X 100D. And weighs just 20 kilos more than the saloon Tesla Model S 75D, which remains at 2,180, but less than the S 100P; that passes 2,300 kilos. The new Jaguar offers a surprising dynamic balance that despite the weight of the batteries brings you closer to conventional SUVs of its size. The key is in the sum of several factors, such as the greater lightness and rigidity of its aluminum body, efficient aerodynamics (CX 0.29) and a very low center of gravity (batteries go under the floor) and a weight distribution impeccable 50/50 between the two axes.

In addition, it adds the electric 4 × 4, which provide the two electric motors, one on each axis, but the key is also in an automatic and intelligent suspension that allows you to choose different modes of use, from ECO and Comfort to Sport and even to the off-road programs of Land Rover to get out of the asphalt. And the result is an agile, solid behavior that surprises by its effectiveness and nobility the more it is expressed, whether on asphalt, in the countryside and even on a circuit as demanding as Portimao’s Portuguese, where it did not show deficiencies or imbalances in its selective curves. But, above all, it allows traveling transmitting comfort, smoothness, and consistency far superior to Tesla and at the height of the best models of European premium brands. The British SUV measures only 4.68 meters long, but as it uses a platform designed specifically for electric models, it allows the batteries to be housed under the floor and adopt a short nose and position the four wheels stuck to the corners. The result is an interior space similar to SUVs of the superior category, which measure about 4.8 meters in length. And it is appreciated both front and especially in the rear seats, which have plenty of room for legs and even height, despite the downline of the body.

7. Quality of manufacturing and finishing

The other aspect where the Jaguar i-Pace is also superior to the Tesla is in the interior presentation and finishes, the usual weak point of the American and Oriental brands. And it is appreciated in the adjustments between the pieces as well as in the quality and solidity of the materials.

Very improved, but not excellent. The new digital instrument panel and the central information console of the Jaguar i-Pace represent a great leap forward that place the Jaguar SUV at the head of the European premium brands and allow you to configure the information on demand according to the tastes and needs of the driver or his companions.

But the use and navigability of the menus are not yet up to Tesla’s 17-inch super-ready. Which despite being very large and bulky. And have been on the market since 2012, is still much faster, more intuitive and easy to use. And it confirms the path that still has to be traveled by the historic car manufacturers to catch up with the specific technical content offered by digital native information companies.