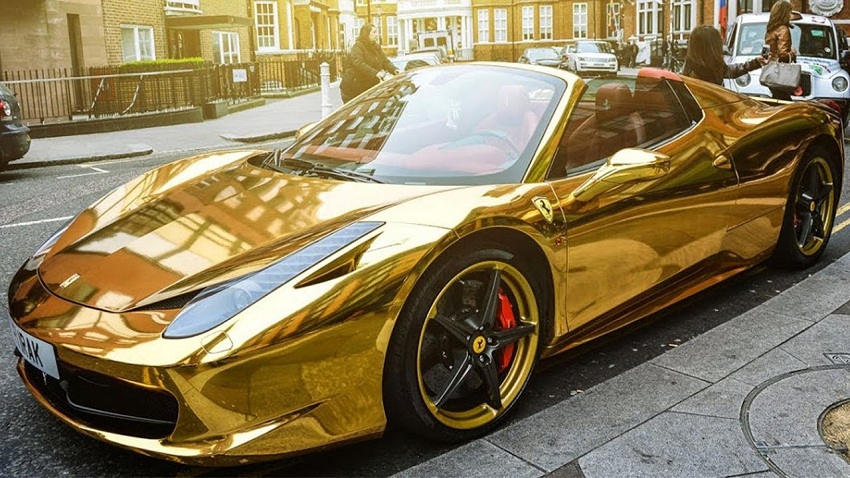 22 May The 5 most expensive cars in the world

Posted at 15:21h in AUTOMOBILE by James 0 Comments
0 Likes

These incredible 5 cars are the most expensive cars in the world. Exclusive cars that only a minority of the population can afford.

We all have a small corner saved, and if you are not sure what to spend it. Here we bring you a list of the 5 most expensive cars in the world. Just in case you fancy one of them. These cars mark the limits of the development of the motor world. Many of which include technology that we will not see in mid-range cars until approximately 5 years.

The 5 most expensive cars

The models on our list have this high price due to the technology implemented in the engines and their bodies. It should be noted that for our list we have rejected models of which only one or two cars have been made. Including in this list only the models that are or will be for sale to all the public. The new vehicle will be a hybrid. Which the brand wants to stand out as a product away from the circuits. A place from which until now they had not left, to enter the urban and road automotive industry. All the body of the car is made in the minimum possible parts, all being carbon fiber.

The car will go on sale during this year, and only about 80 units will be produced. At an approximate retail price of 1.8 million euros. The new Bugatti, the successor of the Veyron, competes directly with the Koenigsegg Regera. And is proclaimed by the critics, as well as its successor, the world standard of a super sports car. Its engine has a power of 1,500 horsepower, which allows it to reach 500 kilometers per hour. The vehicle also includes five automatic driving modes, which the car adopts as the driving speed increases.

The new car is not an evolution of the Bugatti Veyron, but it is a completely new vehicle. And as we have already mentioned. It establishes its dominance over the rest of the supercars of the market, and its price represents it. If you want to buy the latest model from the Italian-French brand, you will have to pay 2.4 million euros. Plus the maintenance cost, which is calculated as the most expensive of all the cars on the list. Continue reading- The 10 cheapest new cars in the United States The new Pagani machine reminds the first buyer of the company and close friend of the founder of the same, Benny Caoila. The new car of the Italian brand stands out for its lightweight, of only 1,218 kilos, which allows it to compete with the rest of the supercars of the market although it does not have as many horsepowers as the rest. Even so, its 800 horsepower allows it to reach 414 kilometers per hour.

Its gearbox is the most prominent mechanism of the car, due to its 7 automatic gears, a fluidity never seen in any car before. The Italian vehicle also stands out and is one of the reasons why it has reduced so much weight compared to its competitors, the body, which achieves aerodynamic levels never before seen.

Pagani’s car competes both in features and price, with a purchase value of 2.8 million euros and of which only 40 normal units were manufactured, and 40 more than the roadster model, so that not only does its power dazzle, but its exclusivity. It is one of the most expensive cars in the world. Lykan’s Hypersport model broke expectations, and as we believe for the worse. The company created the car exclusively and only created 7 units of the vehicle, and today, there are still 2 without a buyer. It is basically due to what some people call an excess of eccentricity, due to its not so remarkable features in terms of performance, and details such as the diamonds embedded in the car’s LED headlights.

This model has 770 horsepower, and a top speed of 385 kilometers per hour, with an acceleration from 0 to 100 kilometers in 2.8 seconds. The car has a price of 3.4 million euros, and as we have commented previously, there have only been 7 units of it, of which only 5 have been sold. The new car of the English brand, known as Aston Martin Valkyrie, Nebula or AM-RB 001, is considered the ultimate supercar, with its futuristic appearance, and its curious specifications, such as the lack of rear-view mirrors, which two interior screens replace, or Its expected power, which is expected to exceed amply that of a Formula 1 circuit car. It is the most expensive cars in the world.

Aston Martin has not given more details on the exact specifications of the vehicle. But it is known that without a doubt its engine will exceed 1,000 horsepower. And although it will be a road car, its essence is the circuit, as shown by its steering wheel. Equal to one of competition vehicle as well as its aerodynamics, one of the most important elements of this model.