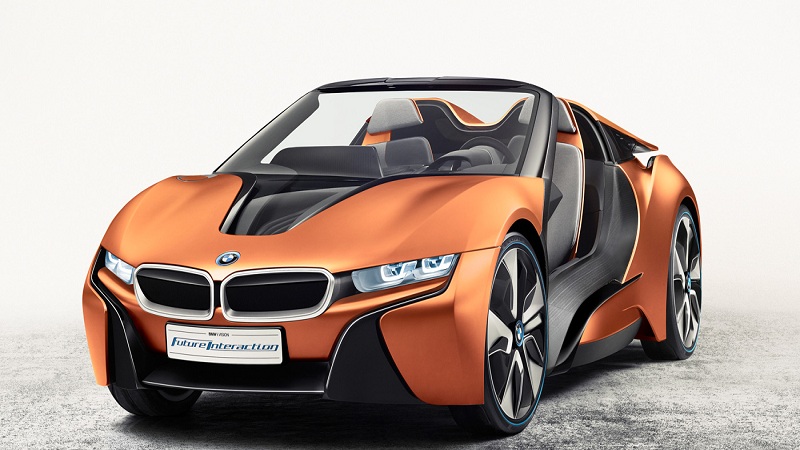 We review everything that is to come from BMW until the end of the year. SUV, sports, hybrids, a nice amalgam of models among which are the BMW X4, Z4, X7 And much more!

We have nine months ahead before the end of 2018. And so that the year does not get too long, BMW has prepared a calendar full of new things that will arrive as small pills to appease our hunger for new models. Here you have everything that is to come from the Bavarian brand. It uncovers the hybrid of BMW and does so by becoming a two-seater and with a canvas roof instead of the carbon fiber coupé. The doors continue to articulate on the A-pillar. On the other hand, the BMW i8 Roadster increases its power, since the electric motor has gained 12 hp. Which takes it to 143 and increases the total power to 374 hp. The capacity of its battery has gone from 7.1 to 11.6 kWh, which places its useful capacity at 9.4 kWh and, thus, the electric range reaches 53 km. Its price will remain between 155,000 and 160,000 euros. One of the new BMW cars. Continue reading- The Top 10 Picks of 2018: the best cars of the year The BMW X4, the coupe variant of the X3, receives all the technology already used in its brother and, with respect to its predecessor launched four years ago, it increases its wheelbase. Part of this growth reaches the longitudinal space of the rear seats, in the same way, that its trunk increases, reaching 525 liters. Developed jointly with Toyota, which will have its alter ego in the Supra, this new generation of the roadster with central engine and propulsion will arrive after the summer. In principle, it is expected that the BMW Z4 carries the six-cylinder petrol 3 liters with a power close to 340 and 390 hp, but also a four-cylinder two-liter that will serve to access the range with about 200 hp for those who do not You can afford the most expensive options.  One of the new BMW cars. It will be one of BMW’s great launches of the year, an exclusive and luxurious coupe that is developing in parallel with the M8 and the M8 GTE, which had its baptism of fire in the 24 hours of Daytona in the month of January. The appearance of the production car will be very close to that of the Series 8 Concept shown, in 2017, in the elegance contest of Villa d’Este (Italy) and will be placed as a top-of-range saloon for the entire fleet of the Germans, so that will have the best materials available.

We already know that the BMW M8 Gran Coupe will be the first to arrive ” as the flagship of the brand “, in the words of Adrian van Hooydonk, vice president of design for the firm, adding a four-door body. What we do not have news is the engines that will mount this new BMW series, which will include a micro hybridization such as the BMW M5 that will allow it to exceed the 600 hp widely in the top range option.  One of the new BMW cars. And from flagship to flagship. In this case, we went from the sedans to the SUV and, with them, to the arrival of the new BMW X7, which also opens a new range and which aims to be the largest vehicle among the German SUVs. The translation of the luxury of the current series 7 to the SUV segment.  One of the new BMW cars.

The countdown for its commercialization will end at the end of the year when the first units departed from the North American factory in Spartanburg reach the dealerships. At the last Frankfurt Motor Show, it became known as a concept, with its more than 5 meters long that gives shelter to three rows of seats and, according to the countries, six or seven occupants. Its platform will be CLAR, the same as the big saloons of the brand, which will seek to lighten its weight below the BMW X5.

As for its mechanics, there is nothing confirmed, but we assume that it will feature the popular six-cylinder in-line engines, both gasoline, and diesel, a plug-in hybrid option anticipated in the prototype on which it will be based and a powerful TwinTurbo V8. As you can imagine, the technologies and materials will be up to the best.

May like this- Will this car ever revolutionise F1?